One item in the IRGC's smuggling pockets that has Redline particularly concerned is surface-to-air missile systems, or SAMs. The Houthis already had a pretty decent stockpile of man-portable air defence systems (aka MANPADs) that they'd plundered from government stockpiles, but over the last year or so, the Houthis' MANPADS stockpiles have diminished, and they've been resorting to home-made, jerry-rigged options, including what unkind (but amusing) commentators have described as "ghetto SAMs". (Niche SAM humour, we appreciate it!)


Anyway, in an attempt to bolster the Houthis' declining abilities to hit coalition aircraft, the IRGC has been shipping very, very capable anti-aircraft systems to Yemen. (More on these systems in a second.) How do we know this? Well, the Saudi government put on a bit of show and tell a few months ago where they displayed various Iranian military systems that the Saudis or their allies captured before they reached the Houthis. This presentation is well worth a close review. Redline acknowledges that the Saudis aren't exactly the most objective observers of the conflict in Yemen (indeed, Riyadh would do very well to bomb less and talk more), but the evidence they present here is extremely credible. Particularly so, as it aligns very closely to what the United Nations Panel of Experts on Yemen has reported in the past with respect to Iran's transfers of military systems to the Houthis.


So what exactly is Iran supplying the Houthis? It's these:

No, that's not the world's largest e-cigarette. It's a Sayyad-2C (-) surface-to-air missile, a recently developed Iranian system that's a highly capable system against fighter aircraft. Based on an American anti-aircraft missile system supplied to Iran prior to the Islamic Revolution, the Sayyad-2 has a range of 150 kilometers and can reportedly reach altitudes of 20 to 30 kilometres.


That is a long, long range for a SAM. And it's precisely this range that has Redline so concerned about the introduction of these systems into the Yemeni conflict. We certainly don't think that any more downed Coalition fighter pilots will bring about peace in Yemen, so there's that reason. But that's not so concerning as an MH17 scenario, where the Houthis and their IRGC advisors accidentally target a civilian airliner thinking that it's a Coalition military transport aircraft.


Think this couldn't happen? Surprisingly, civilian airlines including FlyDubai, Etihad and Air Arabia are flying over eastern Yemen on a daily basis, and aircraft from the Saudi carrier fly awfully close to the northern border area of Yemen, which is under direct Houthi control. All of the aircraft from these airliners fly at cruising altitudes much less than the ceiling range of the Sayyad-2.


Adding to our concern levels is this: we don't think that the IRGC trainers who are schooling the Houthis on how to use the Sayyad systems are, well, very good at their jobs. If they were, they probably wouldn't have been videotaped by a Saudi drone while providing Surface-to-Air Missiles for Dummies lessons at San'aa Airport (of all places?) in broad daylight (ah, screw it, let's just go home). A basic security 101 fail, clearly.


Just for the lolz, here's a pic from the Saudis: 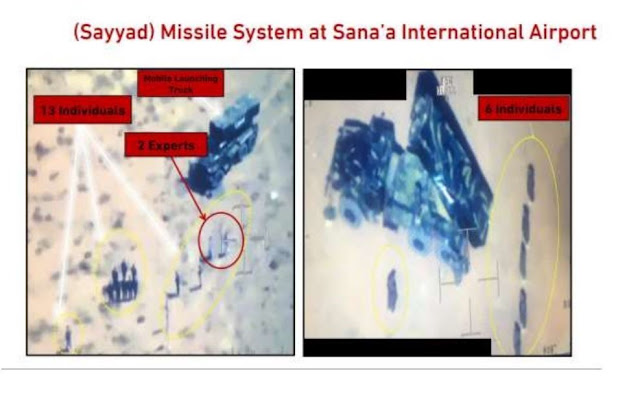 Anyway, let's hope that every Sayyad-2C that's on its way to Yemen gets found and destroyed.


An additional interesting nugget in the Saudi presentation is another item that the Coalition has seized on its way from Iran to Yemen - something called a Virtual Radar Receiver, or VRR. Here it is: 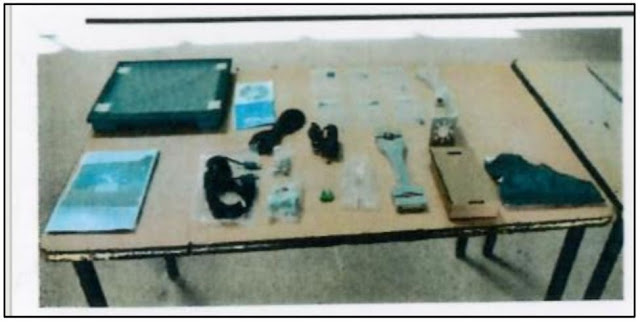 While that picture may look like the remnants of the I.T. guy's rampage after he got a bit drunk and destructive at the Nowrouz party (Oh Hamed! Not again?!), it's actually the dismantled components of what's called a passive radar system. These devices can be used to track civilian and military aircraft by snooping on their transponders. If you want to shoot down an aircraft, a VRR like this is a very useful complementary tracking device for your offensive missile system.


There's some amusing background to this particular VRR device. As the Saudis noted, the VRR was produced by an Iranian company called Behine Pardazan Rizmoj Sanat, which was clever enough to leave their label on the packaging before shipping it off to Yemen. Oops. With an epic security fail of this magnitude, we dare say that Rizmoj Sanat has very close ties to the IRGC and its Qods Force, who was most likely the group that tried (and failed) to get this system to the Houthis in Yemen.


Something about this whole IRGC in Yemen thing makes us think that there are a few more articles for us to write on this topic. Terrible Iranian operational security + costly IRGC misadventures abroad + constant bungling = great Redline content!


We're just profoundly sorry that it comes at the price of an awful humanitarian crisis - one for which Iran has just as much to answer for as all the other parties to the conflict.