Showing posts from May, 2020
Show all

We have a Redline exclusive for you today! We've found a copy of correspondence showing that Iran's Ministry of Defense has delegated its radiation safety responsibilities to SPND ( سپند ) - the notorious organization led by Mohsen Fakhrizadeh, the head of Iran's pre-2003 nuclear weapons program. Our analysis of the correspondence, which you'll see below, shows that SPND is now running the radiation protection efforts of the Ministry of Defense and Armed Forces Logistics (MODAFL or وزارت دفاع و پشتیبانی نیروهای مسلح ). That means ensuring the safety of MODAFL workers using man-made sources of radiation, like iridium-192 or cobalt-60 used in non-destructive testing. And if - perish the thought - MODAFL was to hold any uranium - depleted or enriched - thorium, or plutonium, it would also mean monitoring any workers using those materials. It's a big job that SPND has taken on with this role. Iran's military reportedly has over 25,000 employees who a
Post a Comment
Read more

Iran's Yellowcake Submarine is back on the cards 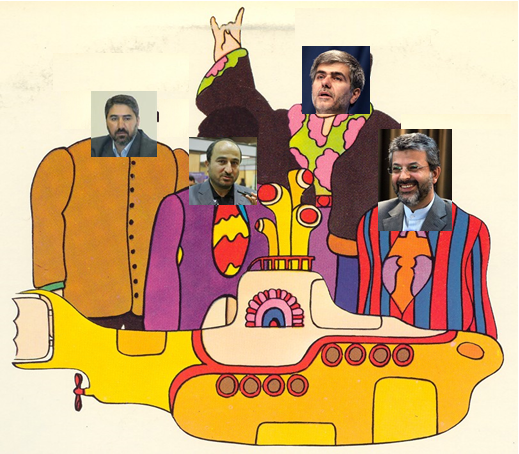 That's right – they’re at it again! Despite needing an IMF bailout to pay for basic hospital supplies, Iran apparently still has the funds and the stomach to build ‘ nuclear-powered submarines ’. Fakrizadeh and his boys must think we suffer from short-term memory loss, as they tried this trick in 2013 and we weren’t fooled then either. But, as a little reminder to our readers about why Iran really wants to build these things, we felt that Rear Admiral Hossein Khanzadi’s announcement was the perfect time to dive deep in to the archives and pull up this bad boy from way back when (see below).  Spoiler alert: it’s got nothing to do with submarines and a whole lot to do with Fakrizadeh’s penchant for developing a nuclear weapon. We’ll keep digging on this, so stay tuned for more as it develops. Iran’s Yellowcake Submarine: or, How to Succeed in Weapons Grade Uranium Enrichment without Really Lying August 2013 Iran has got away with mastering, more or less,
1 comment
Read more
More posts